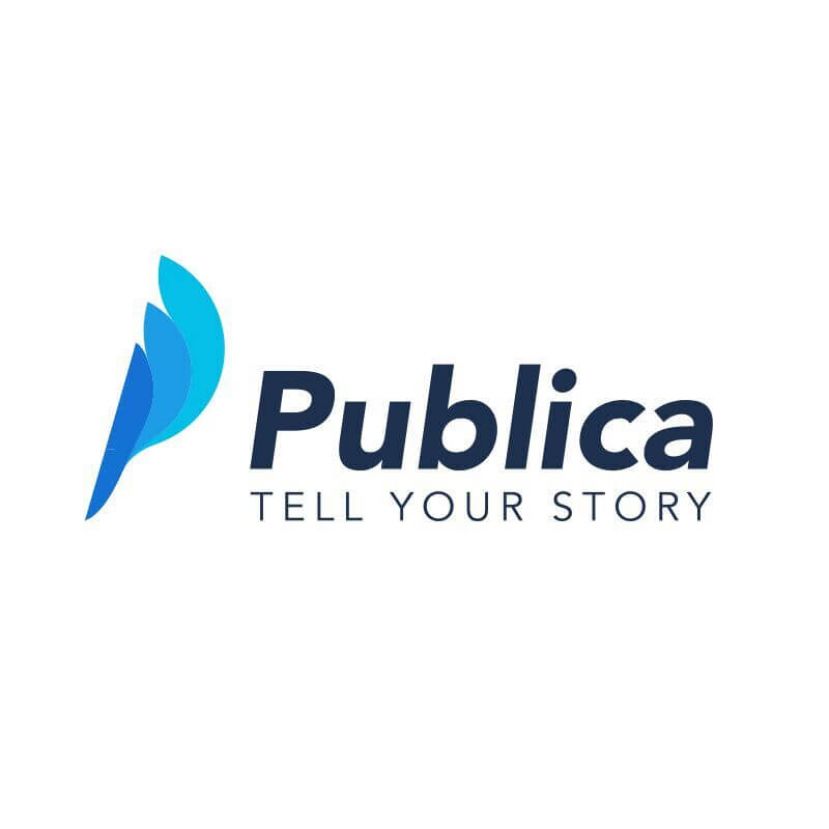 Publica aims to use Ethereum smart contract technology to disintermediate the publishing process. Their ecosystem will be built around three ERC20 tokens used as proof-of-ownership of published content, for digital rights management, and as the sole means of payment within the network. Publica seeks to raise 51 million USD, more than any other blockchain based publishing or digital rights management project before it. Publica will use proceeds from the ICO to launch a comprehensive digital publishing platform, an e-reader app, and begin development of custom e-reader hardware.

Unlike other similar projects, Publica is specifically targeting the publishing industry for long form content like textbooks and novels. The first iteration of the Publica platform, scheduled for Alpha release sometime after the ICO, will include a book crowdfunding platform, an e-reader app, a marketplace for digital content, and a token exchange. Currently none of Publica’s code is publicly available for review, so the exact state of their technology is unclear.  In the long term, Publica plans on adding a number of additional products including:

In the past, projects similar to Publica that launched ICOs concluded with mixed results. In early May, Creativechain, a project seeking to build a marketplace for a broad array of creative content raised 280,000 USD. This was well below 15.5 million USD, the average token sale raise for Q2. Most recently, Rakugo sought to launch a decentralized Medium-like publishing platform–but failed to meet its minimum raise goal of 2,000  ETH (roughly 575,000 USD).

Po.et, an open, decentralized ledger for recording copyright data, has had the most success. In July, Po.et released a functioning MVP on the Ethereum testnet in partnership with several digital publishers including Coin Speaker, The Merkle, and Crypto Insider.  In their August ICO, backed by institutional investors like Bo Shen, Anthony Di Lorio, and Jeremy Gardner, Po.et raised 10 million in ten days.

Like most blockchain projects, Publica is offering a more democratized and equitable version of existing business models. The promise of a greater portion of revenues is certainly an attractive prospect for authors. However, writers also want access to professional editing and marketing expertise. To this end, Publica has set aside 25% of their tokens to onboard a network of influencers. These individuals will be rewarded for helping polish and promote content published on the network. This sort of social marketing can be a powerful tool. Amazon invested in a similar network when it acquired Goodreads in 2013.

When Amazon released the Kindle in 2007, they stocked the Kindle Store with over 90,000 titlesincluding hundreds of best sellers. Today, the Kindle Store has grown to over 5.6 million eBooks, many of them self-published through the Kindle Direct Publishing (KDP) service. In 2012, a quarter of the top 100 best sold Kindle eBooks were published through KDP. These figures speak to the opportunity and the challenge of competing against Amazon in the indi-publishing market.

The Publica network will launch with an “Inaugural” set of about a dozen books, including one penned by Publica CEO Josef Marc. Josef plans on publishing an account of his experience working for the UN during the international criminal tribunal held to judge those responsible for the Rwandan Genocide. Josef highlighted this work as an example of an “economically weird book” that might get passed up by traditional publishers. He hopes Publica will be a platform where these types of books will find their audience.

What is the token being sold?

Who is the team behind the project?

CEO Josef Marc previously lead teams in the launch of DirecTV and at Sony to build two Olympics broadcast centers for CBS.

CTO Yuri Pimenov has been an active participant in the blockchain community for years. He is known for translating Andreas Antonopoulos’ “Mastering Blockchain” into Russian. Most recently he was the CTO of Paybis, a bitcoin exchange that launched in 2017.

COO Anton Sapriko is a leader at Scandiweb, an ecommerce service provider that has had Walmart, Jaguar, Land Rover, and The New York Times as clients. In July 2017 he and his teams worked with Element Group to launch ICOs for smart contract and blockchain apps.

More in this category: « Dash and KuvaCash Partner to Fight Inflation in Zimbabwe with Cryptocurrency Mira launches Pre-ICO for Mira – an Easy and Convenient Way to Buy, Store and Send Cryptocurrency »